When healthy, Lilith figures are strong, autonomous people who make self-interested decisions based on gut instinct. They’re not afraid to go against the status quo.

Actually, they have to if they’re to remain in integrity. Lilith people create, and they bring change in that their autonomous voices shine through the piles of consensus head-nodding and jaw-wagging.

They travel down original paths, often having to forge them from the thicket of superstition and old wives’ tales that make up the vast majority of cultural and ideological transmission we’re receiving from our society and ancestors.

Healthy Lilith people, male or female, are confident because they trust their guts, minds, hearts, and bodies. They’re not locked in their heads, and they don’t feel they have to justify to others the self-interested decisions they make for themselves or the route they took to make those decisions. 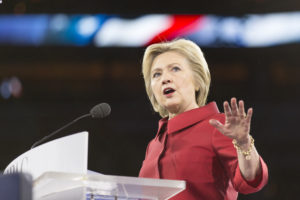 status as a woman having risen to such a high political level, but today I had a set of insights in the chair for an acupuncture treatment that go against the case for her as a Lilith figure. I say let’s go ahead and celebrate her status as a woman in this culture, in this kind of political machine that runs many of our countries, this patriarchal behemoth that usually can’t see women unless they act like men are expected to act.

But for the idea that HRC is not a Lilith figure to make sense, I have to tell you about this other thing that always comes up when working with the Lilith myth and archetype. It’s that in the cultures we’re living in (shaped by monotheistic religions over thousands of years), there are accepted and demonized models of masculinity and femininity.

There’s one of each, in fact. This is touched upon in Lilith: Healing the Wild and Living Myth: Exploring Archetypal Journeys, and will be focused on a bit more in the forthcoming book Living Myth II: Sacred Psychology, but here’s the overview:
Adam is the accepted model of masculinity.
Eve is the accepted model of femininity.
Lucifer is the demonized model of masculinity.
Lilith is the demonized model of femininity.
*Note: Gender is irrelevant as we live these stories – we each contain masculine and feminine energies in various balance.

A good Adam fits into the status quo, taking orders from bigger, more important Adams. Some Adams seek to be in charge and work hard within the system to get there. Those that choose to try to be in charge have to compete with other Adams for approval from the public of the strength, depth, authenticity of – and their commitment to – their natures as Adam figures. Candidate debates during an election cycle illustrate that each who is considered acceptable by the higher-up Adams (those who get to participate in the debates) gets the opportunity to make his, her, or its case for validation as the best Adam available and willing to take on that office.

HRC is, in fact, an Adam figure: Her path has been entirely as a female version of Adam working from within the governmental and political structures designed by other Adams. She rose just about to the top of that structure, and would have been a US president much like other presidents, carrying forward a tradition of striving to appear and/or be responsible, respectable, honest, and all the other qualities good Adams are supposed to have.

Her focus for decades on women and families is not to be overlooked as we consider what she as a woman has already brought to the public dialogue, and it would not have been dropped if she had won the highest political office in the US. In other words, I believe strongly that this cause matters to her.

So, she’s an Adam figure. Her husband Bill is, in fact, a Lucifer figure – the bad boy, the one who thumbs his nose at the rules – playing at being an Adam. He convinced many that he cared about the public good enough to get a chance to be the biggest Adam in US politics, then once there we learned about the Lucifer reality behind his portrayal of Adam with the sex scandal that lead to his being charged with lying under oath during impeachment proceedings. So, for a lot of people he’ll never be an Adam – perceived to be trustworthy, safe, and responsible – again.

I know this might seem to get a bit off from the topic of Lilith, but all the time when I work with any of these four figures, the other three come up. This is in large part because when a man behaving as an Adam can’t hide his Lucifer, he hangs out with (and often marries) Eves (socially acceptable women) yet dates, seduces, or has affairs with Lilith on the side.

And also because when a woman accepts the socially-acceptable mantle of being an Eve – dutiful, pliable, taking responsibility for family – she can never escape the reality that there’s a Lilith inside her, too.

And because when a man gives the system a few choice words or a middle finger and chooses to be a Lucifer figure, he can’t help but want at times to be dependable and reliable for others, to be the kind person others respect – an Adam.

None of this is meant to demean or denigrate HRC or the other Clinton. I have no desire to pick on people who spend their lives trying to figure out how to be of service to society. The male Clinton was the first president I voted for, and the female one the most recent. But in the acupuncture chair today I saw so clearly, and for the first time, why I just have never been able to see HRC as a Lilith figure, which everyone seems eager to do for the validation of women as equals to men. Then the thing about Bill C. became entirely obvious right after.

Regarding HRC being the first woman to run for president on a major party ticket and then losing out to the most inane, ignorant, insecure, pathologically lying loser/clown imaginable, there always has to be a first. That as a female Adam figure she’s worked within the patriarchal structure to seek high office is the only way she, in the early 21st century, could have done it. She’s paved the road for other women – some of them Adams, some Eves, and some Lucifers and Liliths – to realize that such a thing is possible in real terms.

In time, we’ll have a Lilith running for high office. If a woman, she will get a ton of shit, and that shit will be transparently based in all the double-standard nonsense that patriarchal cultures and religions use to shame whatever shows up as feminine. See the Lilith book linked above for the full story on that.

And, by the way, if that Lilith figure is a man, it might be easier for his views to get into the mainstream. That, in fact, might be the necessary next step in order for the culture as a whole to adapt to Lilith’s themes of autonomy, integrity, and self-trust.

I remember hearing about The Celestine Prophecy years ago. To many it seemed an amazing door opened into a world we so needed to enter and learn to inhabit. It generated so much excitement, and opened so many harts. Yet after a few years it was quite obviously dated. Now it pretty much reads like a book for a child. There had to be a first – something had to knock on a door into a new way of understanding ourselves as spiritual, multidimensional beings and nudge us slowly to become willing to open it.

I see HRC’s presidential run as that same sort of first. It is inevitable that the US will have a woman in the office of president – inevitable. It can’t not happen. And her soul has offered to hold space for what it looks like when a woman in the early 21st century does the only kinds of things she can do to be taken seriously in a culture in such dire need of healing patriarchal imbalance – being an Adam figure in a world full of Adam figures obsessed with proving how awesomely Adam they are, while sneaking in as often as possible that they have big dicks (and, of course, hands to match).

We created the patriarchy as a collective of souls, and now we’ve learned all we can learn through it. We’re in the process of figuring out how to end the imbalance within ourselves, and we’re in for no shortage of dramatic self redefinition on the individual level, which will trickle up into the collective.

If you want to get to know your own Lilith placement and how the energy of the natural, instinctive wild fits into your life – as well as how to end the patriarchy in your life through how you treat your body, emotions, and everything else – get your personalized true Black Moon Lilith Natal Report.

I’ve spent years working to articulate Lilith’s story in empowering, life-affirming ways. The report is the best way to learn how to shift your relationship with the patriarchal themes playing themselves out around you, in your body and emotions, and in how you treat yourself in a culture that does not honor the natural feminine. 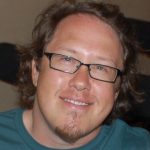 Tom Jacobs is an Evolutionary Astrologer, Energy Worker, and Channel with an active global practice. A Level II graduate of Steven Forrest’s Apprenticeship Program (member since 2004), Tom offers consultations, ongoing coaching, tutoring, and a new series of Evolutionary Astrology classes to teach you to do astrology in the ways taught to him by an ascended master. 16 books, 2 natal reports, and dozens of astrology and channeled/healing mp3s are available from Tom via tdjacobs.com.