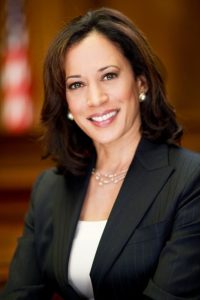 Kamala Harris, the senator from California, this last week received a lot of attention for how she questioned AG/obfuscater/liar/racist Jeff Sessions. (And before that in questions to Rod Rosenstein, the Deputy AG.)

He didn’t have to do this to most of the other members of the Senate Intelligence Committee not because they are men, but because they by default deferred to his chosen rhythm. Maybe this is how they show respect to him, even as he constantly disrespects them and the law by refusing to answer legitimate questions just in case his boss President Trump might later decide he doesn’t want Sessions answering questions.

Harris, on the other hand, doesn’t seem willing to let her years of experience at seeing through bullshit fade into the background just because she’s now in the Senate. A cynic would say she’s been there around just half a year so we should give her more time, but my sense is that she’s going to remain who she is and, therefore, bring to light what I call the myth of the difficult woman.

I’m doing a series of blog posts on Lilith in the news (on men making decisions re women’s health, on Hillary Clinton, on the proposed loss of insurance coverage for birth control), and this is the first to bring in chart analysis.

The attention she received the last couple of weeks from these hearings is that men kept talking over her as she questioned the witnesses. Lilith people bring to life issues about expectations of gender dominance and control, and even wise, with-it people can find themselves seeing unconscious patriarchal programming surfacing in their behavior. In my opinion, vilifying those who are patriarchal isn’t the best approach (though I do like calling them names) because we’re all as a collective trying to come out of millennia of imbalance between masculine and feminine within ourselves in the world around us.

In an important way, it doesn’t matter where Lilith is in Harris’s chart. The fact that she’s a woman with self-confidence willing to ask questions and offer an opinion sets her up for being called hysterical if she doesn’t automatically defer to the male-dominated status quo.

But it’s not just that she’s a woman. To a racist relic like Sessions, Harris represents all that can go wrong and is going wrong in our democracy: She’s a woman in a position of power. She’s brown, but not just brown – she’s mixed race, and with international parentage. Her mother is from India and her father from Jamaica – that’s pretty brown, and to ignorant, racist relics doing all they can to “restore” America to “greatness,” she’s obviously a problem.

Regarding her Lilith placement, it’s conjunct Pallas Athene and Juno in Sagittarius, which is the sign of her South Node (SN). The SN in this sign says that she’s been all around the block over the course of many lives when it comes to issues of beliefs, and that she’ll have some of her own. She’ll also tend to see the world in terms of what people believe and how powerful those beliefs can be.

The true Black Moon Lilith (BML) in Sagittarius says that in her there’s going to be a gut-level, lower-chakra knowing when it comes to what’s true and not true. Conjunct Pallas Athene, Harris will feel a call to stand up for her beliefs. Pallas Athene is the wise warrior energy. We experience a need to take a stand for a cause we believe in, and it engenders loyalty.

This asteroid and the true BML conjunct Juno says that Harris will tend to be committed to fighting for what she instinctively knows is true. As the Washington Post article linked to above states, she was praised for her doggedness as a prosecutor.

Coincident with this is the configuration of her SN ruler, which tells me about how she shows in many lifetimes. The ruler of Sagittarius is Jupiter, which is retrograde in Taurus and has a few key aspects that contribute to that doggedness.

First, the SN ruler in Taurus says that she shows in many lives as committed to particular values. Taurus people have an innate need to slow down so to be able to focus on what matters. They need to avoid wasting time, so get to the essentials pretty quickly. That it’s retrograde means that she’s got to rethink in this life her values. Jupiter’s aspects tell more, so I’ll revisit the retrograde status of it after explaining them.

Opposite this Jupiter is Neptune in Scorpio, so Harris will have a particular bone to pick with liars and obfuscaters. In many lifetimes, she finds herself up against people who don’t tell the truth either because they are deluded or because they’re hiding the truth. Some with this aspect give up and some fight – she’s obviously fighting.

Square Jupiter is retrograde Saturn in Aquarius, meaning that in many lives she will be in tension and conflict with authority figures who insist on maintaining control, and also with those carrying forward traditions that need to be updated.

Also square SN ruler Jupiter is Mars in Leo, which indicates that also has multilife conflict with aggressive egos, whether male or not. This is meant by the soul so that its humans can learn courage, but it can at times be painful to receive aggression from others or find that you have to be aggressive to make sure you’re not being taken advantage of.

Square both Saturn and Mars, Harris is set up to need to confront those who attempt to control things in order to hide the truth or, at times, find the fight too costly and want to give up. It wouldn’t be a character flaw if she didn’t fight, and we can know with certainty that in some lives she isn’t fighting. But in those lives, she’s seeing the results when good people do nothing in the face of injustice. 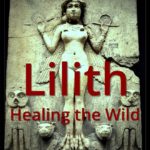 If you want to get to know your own Lilith placement and how the energy of the natural, instinctive wild fits into your life – as well as how to end the patriarchy in your life through how you treat your body, emotions, and everything else – get your personalized true Black Moon Lilith Natal Report.

I’ve spent years working to articulate Lilith’s story in empowering, life-affirming ways. The report is the best way to learn how to shift your relationship with the patriarchal themes playing themselves out around you, in your body and emotions, and in how you treat yourself in a culture that does not honor the natural feminine.

Tom Jacobs is an Evolutionary Astrologer, Energy Worker, and Channel with an active global practice. A Level II graduate of Steven Forrest’s Apprenticeship Program (member since 2004), Tom offers consultations, ongoing coaching, tutoring, and a new series of Evolutionary Astrology classes to teach you to do astrology in the ways taught to him by an ascended master. 16 books, 2 natal reports, and dozens of astrology and channeled/healing mp3s are available from Tom via tdjacobs.com.