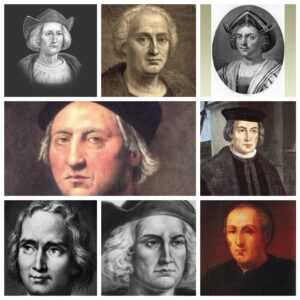 Was Columbus an intrepid explorer or a monster? Let’s let other people argue while we take a bird’s-eye view from the perspective of soul to find out what mission Columbus’s soul was here to live out.

Evolutionary Astrologer, Energy Worker, and Channel Tom Jacobs offers a view of the life and impact of Christopher Columbus given the fact that it was a human life of the Ascended Master he channels, called Djehuty (a.k.a. Thoth, St. Germain, and Merlin).

Jacobs first explains what an ascended master is and who this one is in particular. Then he describes Columbus’s role in jump starting the Western European involvement on this continent that has resulted in the USA as a melting pot(/crucible) for many collective tribal issues to be played out for the sake of the evolution of All That Is, or Goddess/God consciousness.