Since 2012 I’ve taught off and on a class called Energy is Money is Energy. It’s based in a channeled abundance/manifestation teaching I’ve brought through from Hermes (a.k.a. Djehuty, Thoth, St. Germain, and Merlin) revealing that emotions determine how we experience money flow in our lives.

Over and over again with students in that course, I watched as light bulbs went off in them about why some manifestation teachings they’d learned in the past didn’t get them where they wanted to go.

In Penticton, BC in late January/early February 2020, I’ll teach a 2.5-day workshop on this topic, bringing it to life for a dozen people live. (5 spots are open as of this writing.) 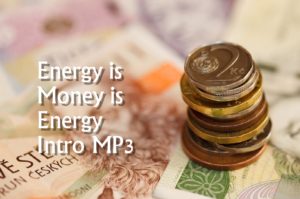 For those who can’t make that event, you can get the Energy is Money is Energy Intro MP3, listen a couple of times and take notes, and then bring your comments and questions to consultations and/or coaching with me.

It’s 109 minutes long, collecting the intro parts of four live class calls I did in the summer of 2012. The two main angles, on dealing with emotions to transform the energy of debt and opening to receive, are covered.

What I’ve found over the years is that the compact, 4-hour webinar I taught for 5 people at a time didn’t give enough time to truly unravel knots in the depth. Currently I’m open to doing workshops and consultations and coaching on these issues, as the class I used to teach only barely scratched the surface of these most important issues.

Most recently, a listener responded after hearing the mp3:

Get ready to learn a powerful teaching from Hermes on energy flow, relating to and releasing emotions, and manifesting what you want and need with strength and confidence.