Saturn in your natal chart represents a part of you that needs to grow and mature through hard work, developing competency, and sacrifice to serve a long-term goal. When Saturn is in hard aspect to Pluto in your natal chart, Saturn’s energy of discipline, authority, and structure is wrapped up with the empowerment journey your soul has set out for you as a human.

Pluto Conjunct Saturn
Your empowerment journey is inextricably linked to becoming an authority figure, dealing with those who run things, and overcoming doubts about your abilities through long term, hard work. In some lifetimes, you create the best things for yourself through diligent hard work that creates something of lasting value. In other lifetimes, you come up short, don’t have the tools or support you need, or what you’re doing is cut off or down before you can finish.

parent in some life, those you employ or care for at some point see through the face you put on and realize that you’re not better than they are and maybe don’t deserve to be in charge. In some other life, perhaps you’re trying to prove to someone in charge that you deserve a chance, whether you actually do or don’t deserve it. In many lifetimes, this conjunction can indicate an overly rigid morality or a overly loose one, perhaps even including severely unethical or illegal choices that seem to warrant punishment or sanction.

The healing path rests upon working slowly over the long term to build something that matters to you and that will stand the test of time, all the while ensuring each and every choice is aligned with self-respect. After lifetimes of misusing power and having it misused around you, integrity and self-respect are powerful remedies.

Pluto Square Saturn
Along your empowerment path, you at times receive friction, pressure, and criticism from Saturnian sources: authority figures, bosses, parents, institutions, and those in charge of things. But you also give it back! They could be giving you pressure to grow or constructive criticism, but the essence here is that they are telling you shouldn’t do what you’re doing or that you should do it a different way. As Pluto represents the thing you have to do to make life worth living, this can lead to conflicts as they seem to expect you not to do it.

This can make you hesitant to become an authority figure because we don’t want to become the kind of person who’s hurt us. It can also lead you to expect conflict with or mistrust older, or more experienced and established people who are genuinely trying to help you. In some lives, these kinds of people seem to be working at cross purposes with your most important (Plutonian) goals, and many yous across time are not going to soon forget the trouble they seem to cause.

The healing path is in taking criticism and friction in stride, realizing that these people have perspectives that you do not have. You don’t have to feel threatened just because others have different methods and motivations than you. Also, just because someone tells you to do something different doesn’t mean you’re wrong – it’s simply a matter of different styles. This aspect is about pushing you into more self-discovery and, ultimately, self-trust when it comes to what you know you have to do for yourself.

Pluto Opposite Saturn
In many lifetimes, your Plutonian empowerment path is or seems blocked by people who run things. These are older, experienced people who just might have some constructive tips for you, but you can’t hear them because it seems or sounds like they’re trying to block you from doing and being what you most need to do or be. This can result in what are, essentially, tugs of war that are really tests of will. In some 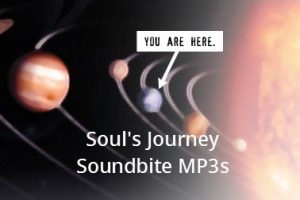 lives, you give in because they seem to have power over you and your circumstances. In other lives you might break away and claim a Pyrrhic victory (when you win but at a devastating personal cost), but be left alone and unsupported. Sometimes these Saturnian people are your parents, elders, and other family members, and your livelihood, acceptance in the community, or literal survival might hinge upon caving into their expectations of you.

The healing path is to acknowledge that they can see things about you and your path that you cannot. In opposition to you, they might be able to provide perspective so you can learn more about what you’re doing and why you’re doing it. It’s your job to get over feeling confronted, blocked, and challenged, and figure out how to interpret their concerns about your life in terms of helpful advice. Do this even if you have to read between the lines by seeing what they’re pushing you into in fact helps you refine your vision or methods. This process might be difficult and painful, but they’re helping you become stronger through learning what power is and what it is not. You no longer need cave, but you must own your Plutonian power and passion, giving yourself the right to be in charge of your life.

Pluto Quincunx Saturn
In many lives, the stability of your most important goals and efforts is sometimes thrown off course by authorities, parents, and institutions (including governments, schools, and other kinds). It could be social change such as the addition of new rules that affect you and your community. It can also be that overnight everything changes due to a change in who’s in charge of something that affects you. The result is having been knocked off course in numerous lifetimes by Saturnian forces.

In this life, you might be hesitant to structure your life too much or, even, grow up too much. Your ability to be

empowered, after all, has been messed up by Saturn energy in various lifetimes, and those memories of disruption are alive in your unconscious. We never want to become the kinds of people who hurt us, so it might at times be difficult for you to accept Saturnian reality and respond to circumstances in your life with structure, discipline, maturity, and realism. If you have this aspect and Saturn energy to you seems like certain to bring doom and gloom, know that there is healing to be done.

It centers on allowing that Saturn energy, groups, and people are in your life to periodically reset things. You can’t get too comfortable without something changing. Your soul intends that you are surprised by Saturn with this natal quincunx, and your job is to observe and accept this, and learn to adapt, regroup, and move on. It’s an aspect that calls for flexibility, even if at times learned in challenging, surprising ways.