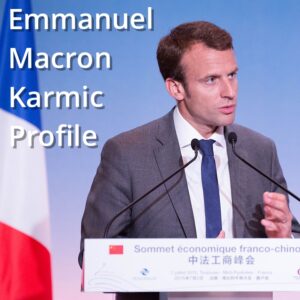 Evolutionary Astrologer Tom Jacobs offers a karmic profile of French President-elect Emmanuel Macron. Special emphasis is given to Pluto in Libra, the nodes of the Moon, Eris, and the asteroid Persephone (399). Included are notes on transiting Jupiter, Saturn, and North Node, as well as the progressed Moon.