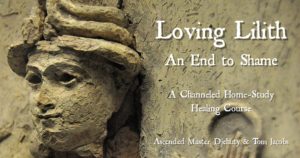 Loving Lilith: An End to Shame. A channeled home-study course to help you work through old Lilith anger and pain in grounded, effective ways.

Special emphasis is given to the true Black Moon Lilith, which is conjunct her South Node ruler by sign, as well as Juno and Mars (also conjunct it), and Chiron in Cancer (square SN ruler). This means that she shows up in many lifetimes as a Lilith person, with the autonomous, self-trusting confidence of healthy Lilith energy central to her sense of self.

Lilith as central to her multilife identity is a major reason why she doesn’t accept the projections, gossip, and attempts to shame her from conservative media that’s singled her out for obsessive–and ridiculous–criticism.

He also covers the meaning of her Capricorn stellium involving Uranus, Saturn, Neptune, and Vesta.