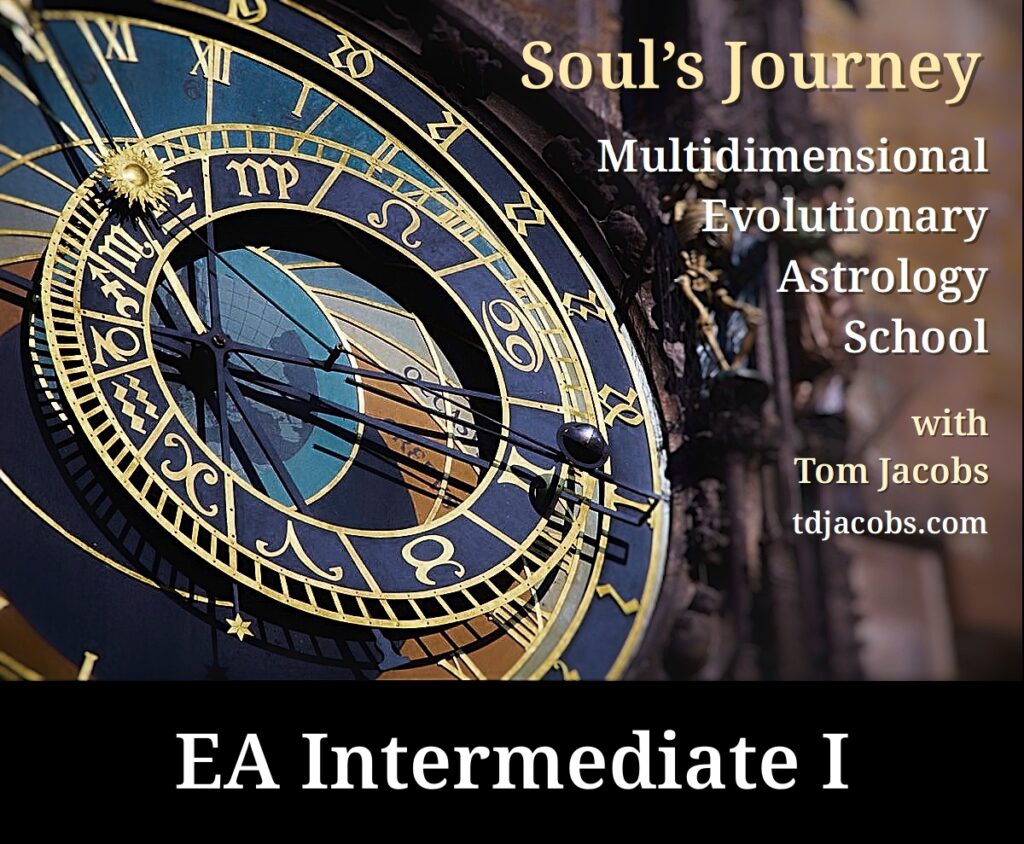 I’ve developed a path toward certification in evolutionary astrology, and the next step in the story is EA Intermediate I beginning March 4, 2022.

Those who have worked through EA Fundamentals I & EA Fundamentals II are eligible. The first course teaches my model of soul–unique in evolutionary astrology, as I’ve channeled it from Hermes/Thoth/Djehuty–and introduce my version of the 4-step story of analyzing the multilife/karmic story in charts, including Pluto, the South Node and its ruler, and the North Node. The second provides a lot of practice to get accustomed to the 4-step story.

If you’re interested in studying evolutionary astrology with me, and learning to understand astrology as Hermes does, start with EA Fundamentals I & II.

EA Intermediate I is where things come to life, as I bring you into deeper territory about Pluto, the South Node and its ruler, and the North Node. You’ll begin to learn about the layers of consciousness that each symbol represents, setting the stage for later courses wherein you’ll learn how to help people understand and change karma.

Read all the details of the certification process, order EA Fundamentals I & II, and sign up for EA Intermediate I here.