Venus in your natal chart represents how you approach developing a value system as well as how you approach and navigate relationships with others. Sensuality, money, possessions, values, self-esteem, and self-reliance relate to the Taurus side of the Venus archetype. Relationships, boundaries, give and take, as well as trying to create fairness fairness, justice, and equality relate to its Libra side.

With Pluto in natal aspect to Venus, these issues are wrapped up with the empowerment journey the soul has set out for the human, and Venus issues are tied up with the best and worst the person experiences over the course of many lifetimes.

Pluto Conjunct Venus
The person’s multilife empowerment journey is inextricably wrapped up with issues related to relationship, justice, creativity, money, seduction, attractiveness, and living according to his or her value system. The person is learning over the course of many lifetimes to become strong and confident by developing and living according to his or her own values, which requires many rounds of learning to say “yes” to what matters to the self while learning to say “no” to a lot of what matters to others. This learning path centers on relating to others, however, so this chart holder may be at times inclined to yield to others’ needs, desires, and expectations in order to be and remain liked and loved.

Rejection, betrayal, abandonment, and infidelity can be central features along this soul’s journey that cause pain. To be clear, the person over the course of many lifetimes is on both sides of these difficult issues as he or she learns the value of developing relationships based in honesty and openness. Sometimes those with this signature may be inclined to be chameleons to ensure being liked and loved, which can prevent the possibility of living according their own value systems.

Healing with this conjunction centers on being willing to be fully seen by others, even when it seems to risk rejection. Accepting the self is the first step in empowerment with this conjunction, negating the possibility that someone else not liking him or her has power.

Pluto Square Venus
Those with this aspect are learning along their empowerment paths to, at times, receive difficult or critical advice from friends, lovers and spouses, and oth

ers with whom they relate. Squares bring pressure, friction, and advice to change, and this aspect says that the chart holder may be in tension with loved ones when it comes to doing what he or she truly and deeply needs to do. This could be related to certain choices or major life forks in the road. The net result is that the chart holder might not be willing to trust his or her loved ones even as he or she needs their input and support.

In some lifetimes, this aspect can manifest as threats to leave or divorce if some behavior or path isn’t stopped. In other lifetimes it can be dishonesty and betrayal. In each of these, the chart holder has been shaped by being on both sides of the equation. This aspect can also show that when he or she reaches out for advice and support, what’s given — even by trusted others — doesn’t help. What the chart holder must do to make life feel meaningful — Pluto — is in friction with the values and advice of others — Venus.

Healing calls for the development of healthy boundaries while keeping the lines of communication open. This square can feel like constant criticism, and humans tend to shut down in the face of that! The squaring friends, lovers, or spouses have valuable input to help the chart holder clarify and refine his or her most important plans, but trust must be re-established.

Pluto Opposite Venus
With this opposition, the chart holder may perceive that relationships and sensuality are far away from him or her. In many lifetimes, this person may be blocked by others or circumstance from living according to his or her values, expressing creativity, or ex 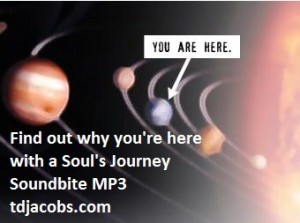 ploring a variety of healthy relationships. It can also be that friends, lovers, and spouses in many lives have come to seem as if enemies, always working against the person. At the core of it, this aspect says the soul is having the human learn how to evolve through creating and maintaining relationships while not compromising or negotiating in ways that leave him or her (or both parties) disempowered.

This aspect can create intense attraction to others or a particular other person, as in some lifetimes there is a definite and pervasive block to connecting with others and expressing natural levels of attraction. After lifetimes of what is essentially suppression, the desire for connection with others can come out in distorted ways. It’s also true that the person might “catch” a desired other and then find the basis of the attraction flawed and non sustainable, as when people with intense attraction toward each other find out there’s nothing else holding them together due to very different values and ways of seeing the world.

Resolution and healing with this opposition begins with accepting that others show us things about ourselves that we need to see but can’t see on our own. As part of this, they need to learn that attraction is just part of the story and, as far as creating a life together, isn’t what modern entertainment media make it out to be. This person needs to have relationships that can grow over time through occasional conflict expressed with respect. He or she also must accept that the hard work of healthy relationship doesn’t

automatically require his or her giving up on deep desires and important goals and dreams.

Pluto Quincunx Venus
With this oil-and-water aspect, the chart holder has in many lifetimes felt surprised, burned, shocked, and perhaps traumatized by either what happens in relationships or because of their ends. This can indicate loss not grieved (though all aspects described on this page can), but not grieved due to sudden change or the need to be on the go. It could be that instead of loss the person has been shaped by betrayal or dishonesty, but in a deep way so that he or she isn’t sure how to heal and get over it. The person might find it impossible to relax around others, even while understanding relationships are normal and natural for all humans.

Trust issues may run deep for this chart holder, as he or she might not be sure if it’s okay to let down their guard enough to let others get close. This can translate into emotional and financial issues, as relationships center on exchange/give-and-take between people. It’s likely that there is one particular relationship in the person’s life — whether from youth or family of origin or an adult friendship or romantic/sexual relationship — that seems to be the focus of the problem. This would happen when the chart holder is in need of resolving specific other-life pain from a relationship that was never resolved.

Healing and release require letting others off the hook for the relationship lessons they’ve brought to — but, really, cocreated with — the chart holder. The perceived meaning of lies, betrayal, violence, abuse, abandonment and more must be changed so that the chart holder can proceed with learning through relationship by letting others get close so that the two people can learn through sharing with and reflecting to each other.